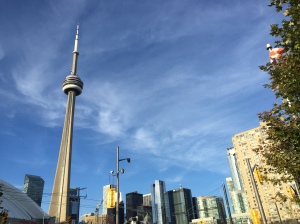 Toronto is one of those cities that is constantly bustling with things to see and do.  I have visited Toronto multiple times and have always saw something new.  This past weekend I went back to attend a comedy show and to visit my family that live in and near the Toronto area.

After reading Gabriel’s Inferno by Sylvain Reynard, I have had the University of Toronto on my list of sights to see while in the city, and have finally had the chance to explore the gorgeous campus.  You can probably spend the entire day walking through the U of T campus because it is so vast; I only saw a small portion but it felt like I saw the entire campus.  The architecture and the overall grounds of the university are stunning  and very picturesque.  In fact, we did see a wedding party taking their photos at some of the the buildings.  We had some free time after touring the university so we went to the harborfront and admired the scenic skyline from the beach. 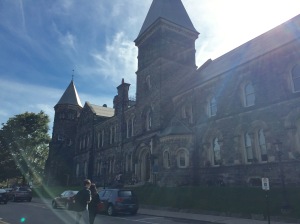 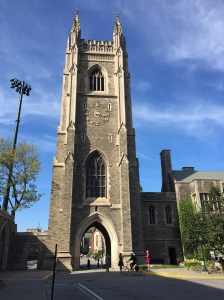 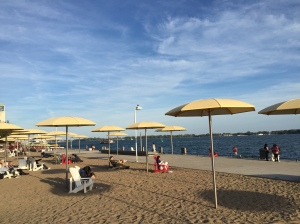 The initial purpose of this Toronto getaway was for a comedy show–my brother’s favorite YouTuber, Grace Helbig, was taping a live podcast for her show “Not too Deep with Grace” with a special guest Harley Morenstein.  I have never been to a live podcast and didn’t know what to expect from it but the show was hilarious, nonstop laughing for over an hour. 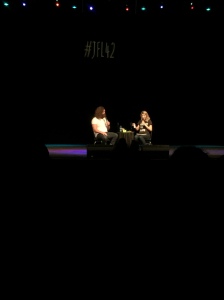