Whale watching was at the top of my New England travel list so when the tickets were booked, naturally, I was beyond excited.

The boat traveled for nearly an hour and a half before stopping in the deep blue sea to observe the whale.  Prior to reaching Massachusetts Bay, the boat traveled through the Boston Harbor, and with that, we had stunning views of the city until being out in the open. 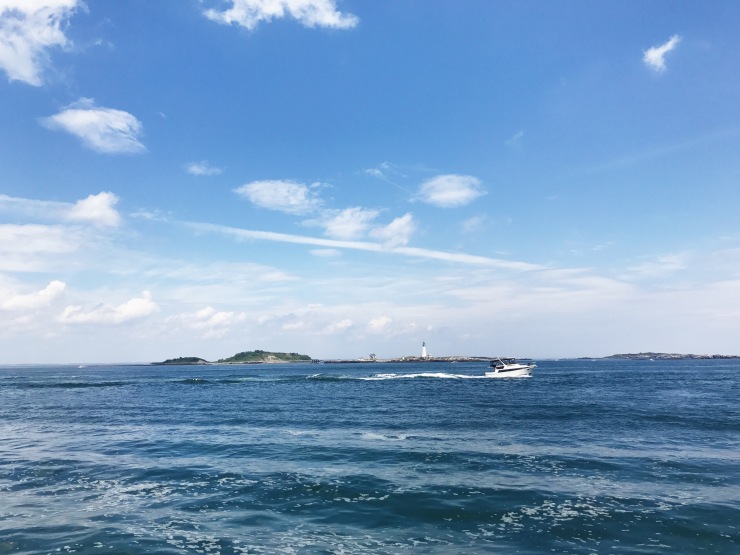 Before reaching the area where the whales tend to congregate, the boat ride was as tranquil as can be.  As a Pisces, and an individual named Marina (translates to “from the sea”), I was in pure bliss.  For the first half of the trip, at least.  Before sea sickness consumed a majority of the people on the excursion. 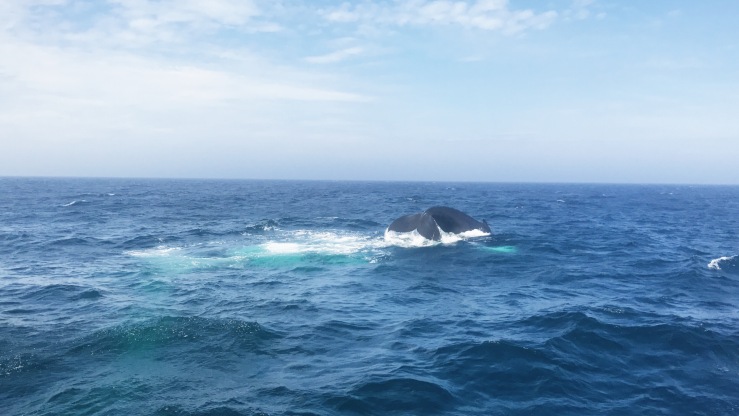 It was truly an incredible sight.  Literally, right after snapping a few photos and catching the whale in action on video, the waves became increasingly rough and sea sickness slowly conquered all.  The remainder of the adventure was spent maintaining a steady breath and lying down inside the boat.

I would love to do this again, just with Dramamine this time.  If you are interested in this type of activity, I would recommend this excursion.  Hands down.

Leave a Reply to The Wild Wayfarer Cancel reply