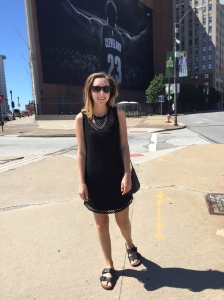 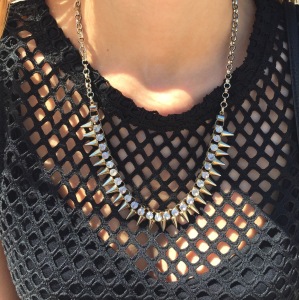 I promised some concert posts, so today kicks off the start of “The Concert Series”.  I live for concert season!!! I’m a little disappointed in myself because I forgot to take photos of my outfit from 2 concerts I attended this summer.  However, I will be able to post photos (and maybe some videos) of upcoming performances, along with what I wore.

Today’s post features the outfit I wore at the 5 Seconds of Summer concert in Cleveland (forgive my awkward pose; the photo was taken seconds before crossing the street). The dress was bought at a super cheap price and fit the vibe and style of the concert quite well–5sos are influenced by the 90s.  I was nervous about the dress after the order was placed because it was a final sale item and it had mixed reviews regarding sizing, but I couldn’t be happier with the fit, it is true to size.

This was one of the best concerts I have attended; there was never a dull moment during the show and the band sounded AMAZING live.  I am a huge One Direction fan and have seen them live multiple times, so I never thought any other act would be at the same level performance wise. Enough of me blabbing,  I now leave you with photos of the concert!! 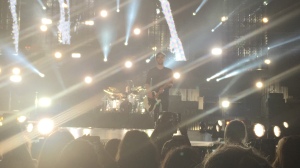 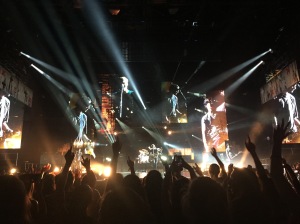 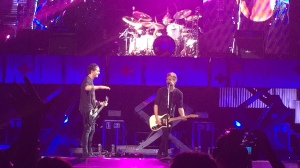 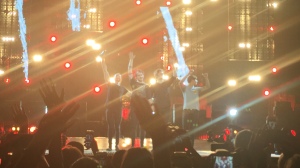