Processed with VSCO with s2 preset

James Bay quickly became one of my favorite artists after I first heard “Hold Back the River”, and have since been waiting (semi-patiently) until he made his way to Cleveland for a concert.  My wish was granted when he released his 2016 U.S. tour dates, but I still wasn’t 100% positive I was able to attend the show because of my fall semester of college, especially because I had two exams the week of the concert.  Couldn’t resist.  Had to impulse buy tickets the night before the show.  Best decision ever. 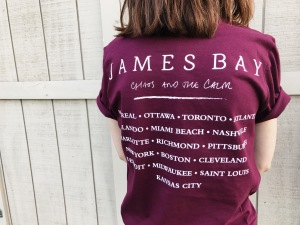 James Bay doesn’t disappoint.  He has such raw talent, something many artists nowadays lack.  The only other time I saw/heard guitar playing like Bay’s was from Keith Richards and Ronnie Wood at a Rolling Stones concert.

Don’t worry, I’m not forgetting to mention his powerful raspy voice.  “W O W” is the first word that pops into my mind.  Hearing an artist live compared to through your headphones is often time indescribable.  The performer is almost always better live.  And in this case, there were so many key changes and vocal riffs that made his music 10 times more intense and left the audience in a never-ending loop of cheering.

Video – Hold Back the River 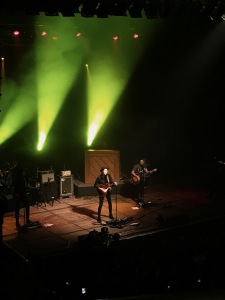